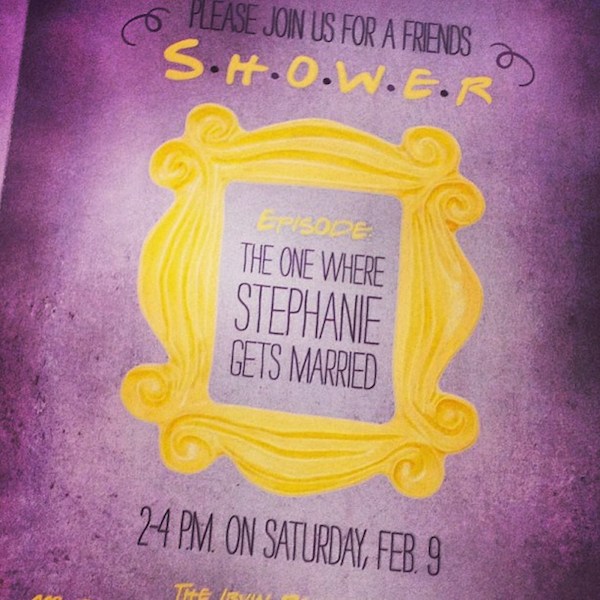 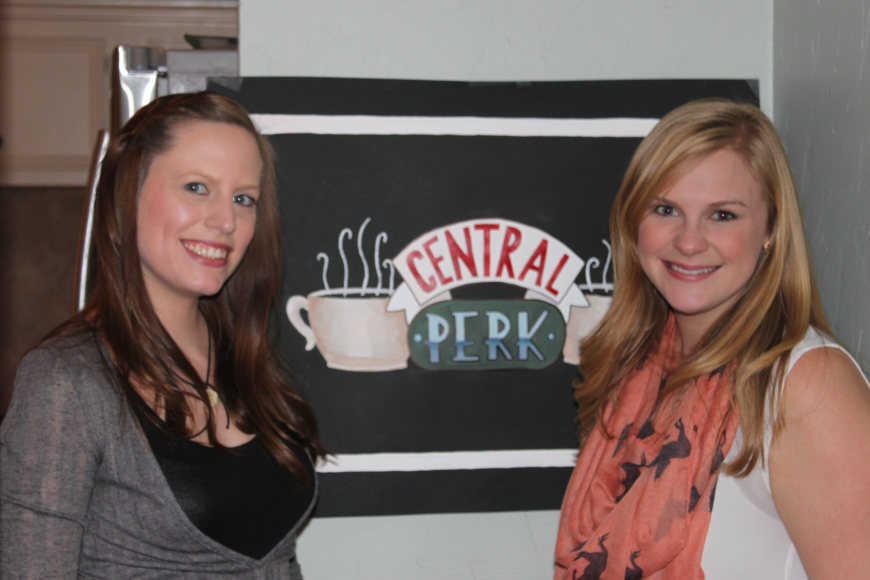 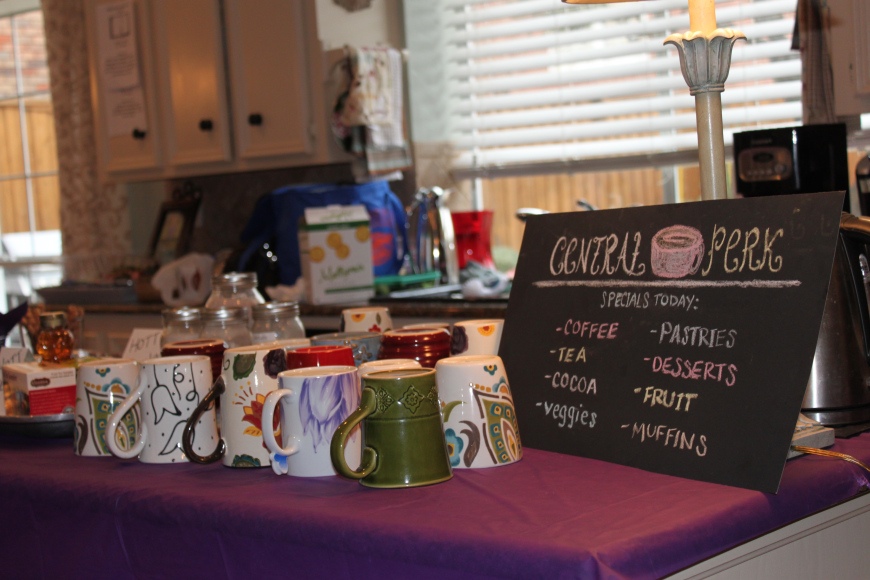 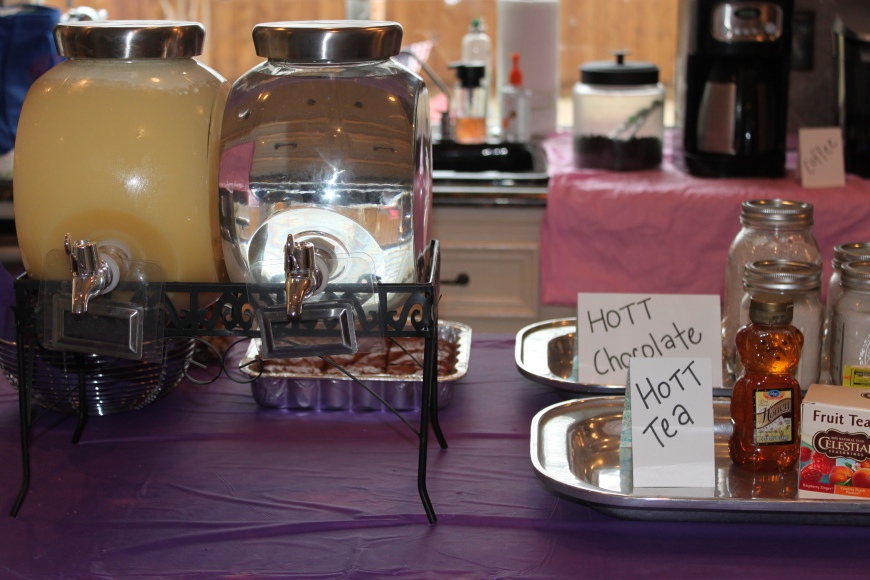 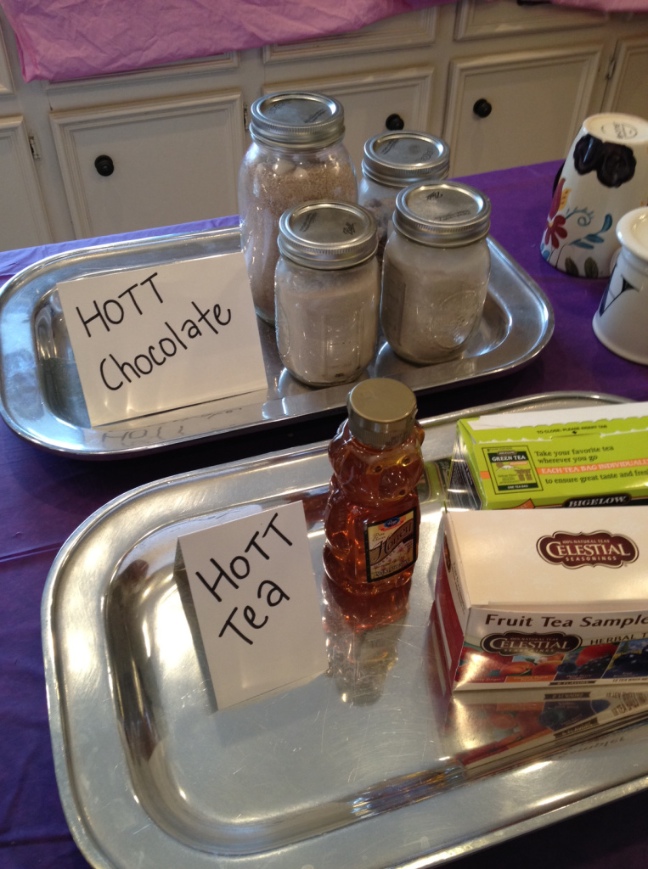 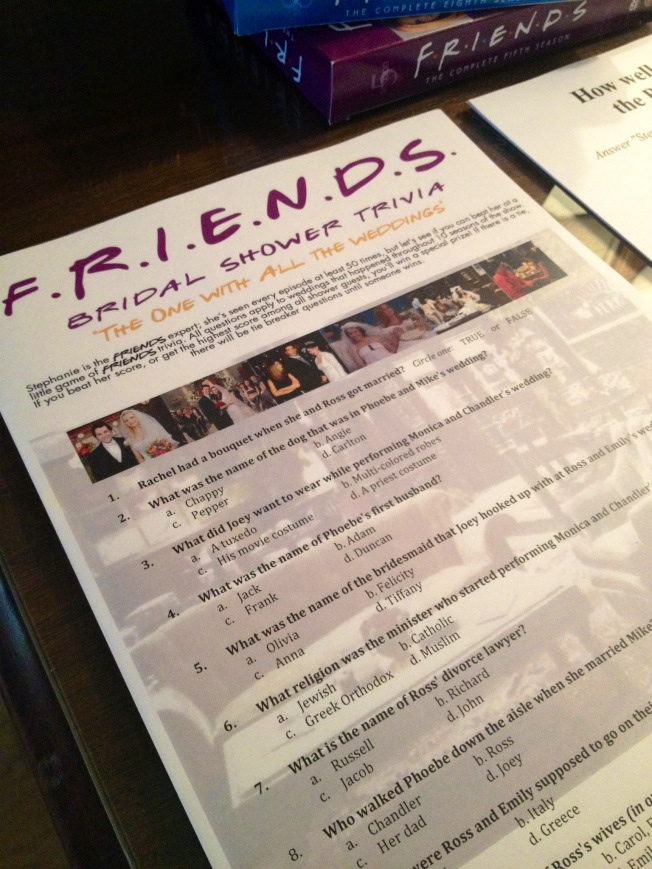 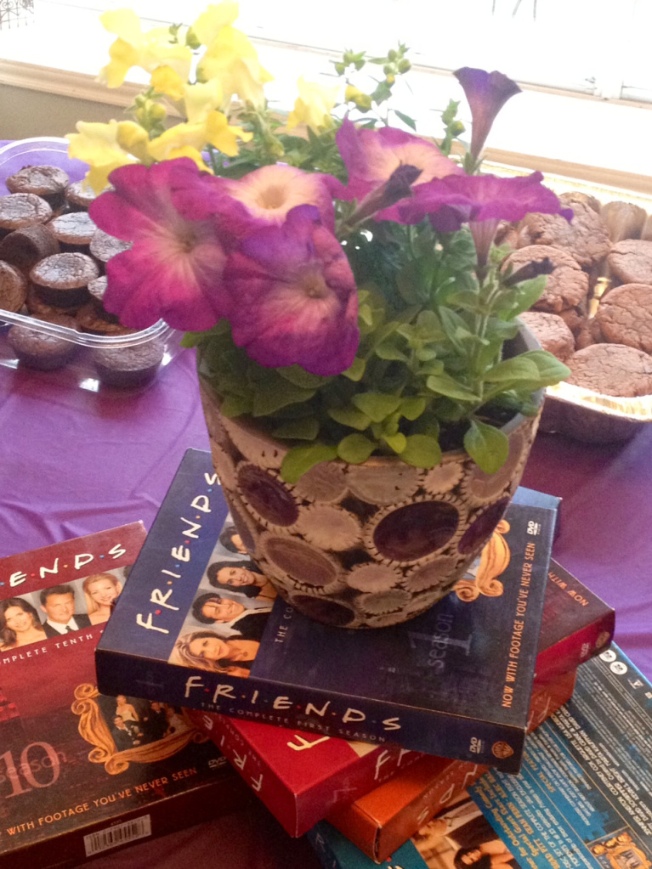 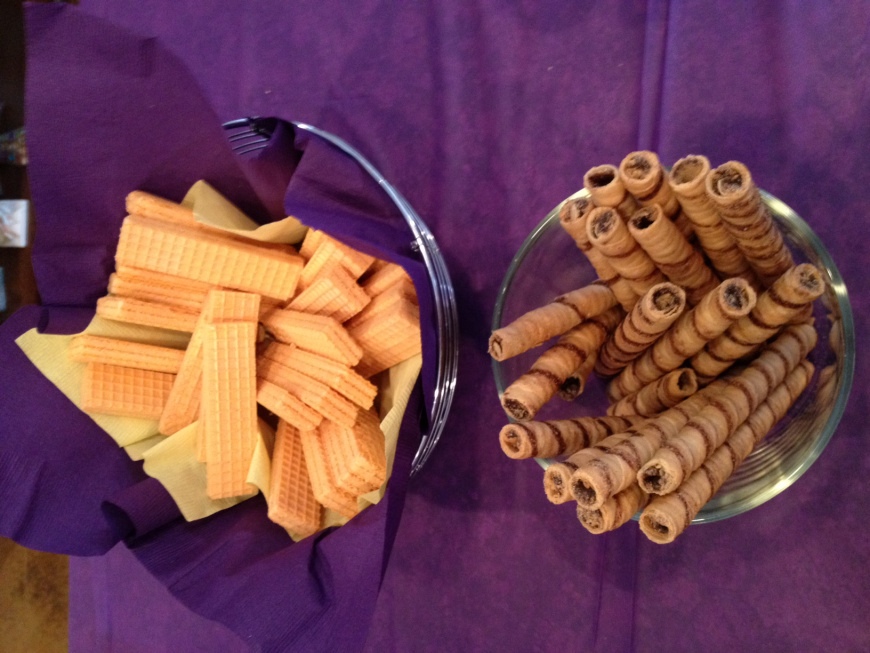 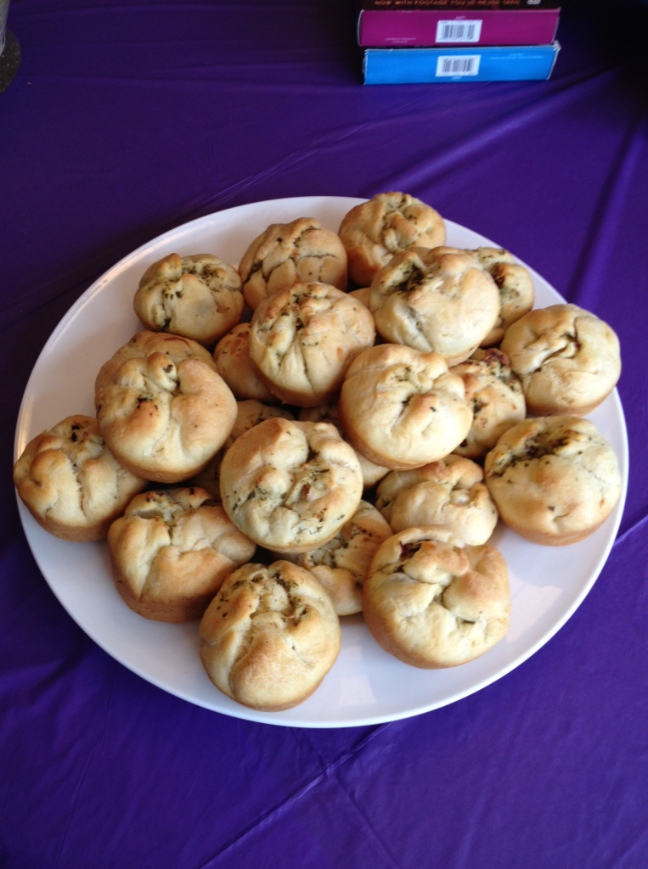 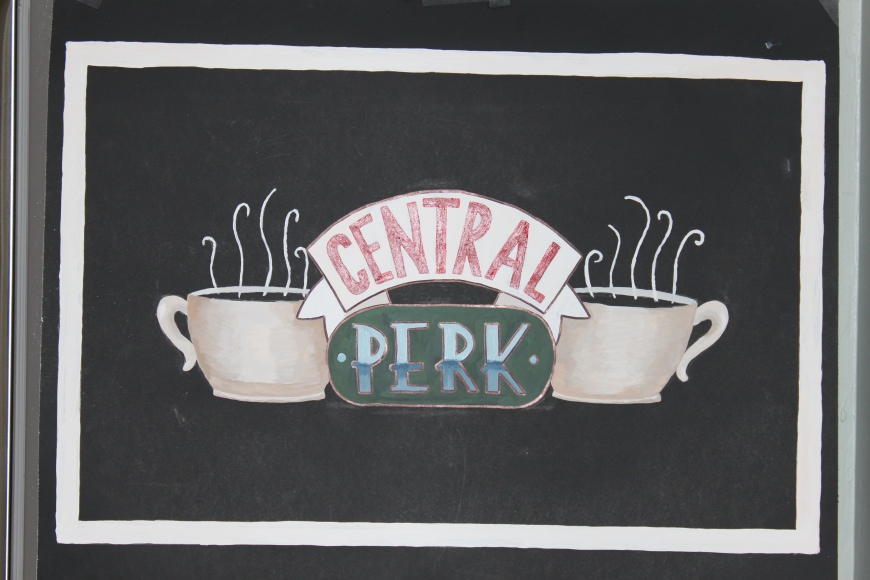 Photos by Editor Lindsay Irvin and others

It may not have taken place here in Arkansas, but editor Lindsay Irvin's fabulous "Friends" DIY bridal shower for her bestie Stephanie in Dallas last year warrants the coveted position for Bridal Shower of the Week in the first week of our special April Showers month!

Food: Central Perk-themed beverages included Southern Living punch made by Christensen, ice water, HOTT tea, HOTT chocolate (because the bride’s last name is Hott) and coffee. Guests had plenty of treats to choose from, including neapolitan cupcakes made by Stephanie's sister-in-law, Mrs. Bouchard; chicken pesto muffins with sun-dried tomatoes; a bundt cake; plus tons of other little snacks. Yum!

Decorations: This adorable shower had too many fabulous decorations to count-- everything from a cute collection of mugs donated by Lindsay's mother-in-law and sister-in-law to DVDs of all the "Friends" seasons graced by colorful flowers in a repurposed vase on top and a cute Central Perk picture and menu chalkboard, made this really stand out.

This information and pictures were originally published on Lindsay's blog "Mrs. & the Misc." last year here. 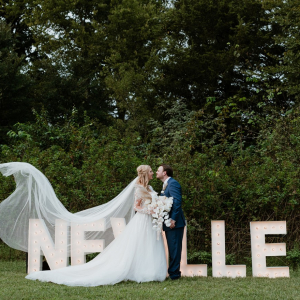 Chantel and Jeremy's Intimate Outdoor We... 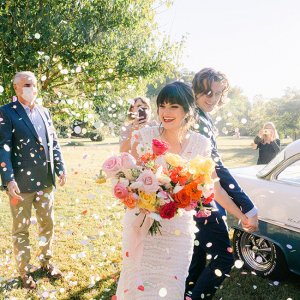 Submit Your Weddings and Styled Shoots b... 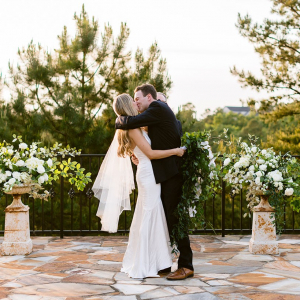 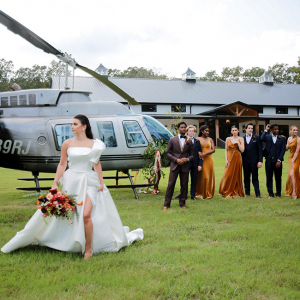 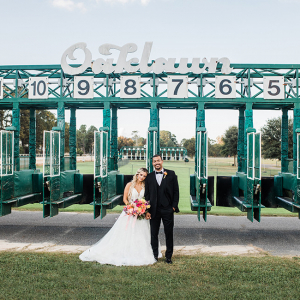 Styled Shoot: A Sure Bet... 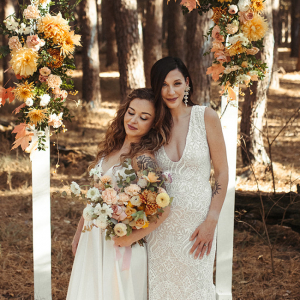 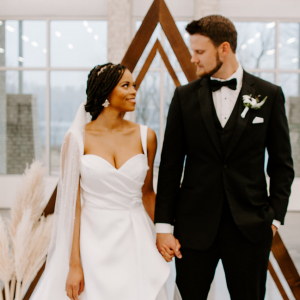 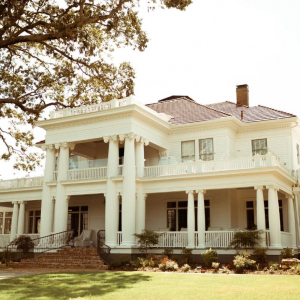